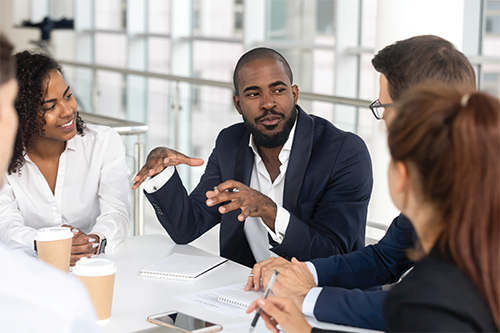 Appreciating Diversity Fostering a Climate of Inclusion, Sensitivity, and Respect in the Workplace (Virtual)

A survey by Korn/Ferry International found that more than 2 million people leave their jobs each year because of unfairness in the workplace, costing employers an estimated $64 billion a year in hiring costs. In addition, people of color were three times more likely than white heterosexual males to say unfairness was the reason they quit their jobs.

What is the source of unfair treatment and differences among people in organizations? Traditional diversity training programs have focused on the treatment of women and minorities. However, differences arise from a host of other traits as well, including age, sexual orientation, religious beliefs, physical abilities, educational background, whether someone has children, even being an engineer versus being a salesperson. These traits or “profiles” cause people to make inaccurate assumptions, create separation, and, yes, treat people unfairly. The goal of diversity training is to promote an inclusive work environment.

In this seminar, we will:

This is an Online Class in which you will need to join the session with your own individual computer that has audio and video capabilities.